Over a third of all uk retail sales are now online

It’ll surprise nobody that 2020 saw the biggest increase in online sales the UK has ever seen.

In February 2020, 19.1% of all retail sales were performed online which was still pretty high compared to all of 2019. In fact, since 2006, The proportion of retail sales that were conducted online had been growing slowly by a per cent, or sometimes two, each year.

Then March 2020 came with the commencement of the first lockdown, and by May we’d seen online sales in the UK rocket to 32% of total sales. By September it had reached 36%, meaning e-commerce was now accounting for over a third of all retail business in the UK.

Supermarkets such as Tesco and Sainsbury’s had already long been offering a click and collect service for online shoppers as an alternative to home delivery, but social distancing rules meant it became an attractive proposition for many other retailers also. It was a way to keep shops open and trading, even those not seen to be selling ‘essential’ goods (Hobbycraft, for example) allowing people to buy online and then turn up to collect their order at the door. Even as time passed and non-essential stores let customers back in again, it was still a useful way to trade and keep within the social distancing guidelines.

According to research commissioned by O2 in August, 44% of consumers believe that the pandemic will have had a permanent impact on the way they shop – with 47% stating that the number of times they shop online will definitely increase. The research also revealed that customers are spending much more time researching their potential purchases online, meaning that we’re not only spending more money online than ever before but that we’re spending more time online planning our shopping. Browsing physical shops is being replaced with browsing reviews and competing websites.

A quarter of all shoppers tried new online retailers

A study by Arlington Research found that 25% of all online shoppers tried out sites they’d never used before for purchases with this figure being more like a third for Generation Z and Millennial web users (32% and 35% respectively).  This appears to be partly because of shoppers sourcing products online that they had not considered buying over the internet before, such as pet food and footwear. It is also possibly due to a growing trend in morality focussed shopping with over half (54%) of UK online shoppers saying they would be less likely to spend money with brands and retailers that treat their staff poorly – a perception that online retail giant Amazon suffers from.  This expansion of shoppers’ virtual high street can only be a good thing for companies offering e-commerce as it shows a willingness by web users to explore options beyond the big names in online retail, giving smaller and independent traders a much needed boost.

So what does the future hold?

By all accounts, the changes seen in 2020 are likely to remain in place even when “things return to normal”. Habits have changed. People are accepting online shopping as a genuine alternative to visiting stores as opposed to a just a temporary solution during the pandemic. Retailers have responded to the situation, making significant changes to how they connect with online customers.  And new technologies are emerging that further change the shape of the e-commerce landscape, for example, Go Instore (which provides a live video-retail experience to customers)  which has been implemented by a large number of high-profile brands like Currys/PCWorld, Mammas & Pappas and Pets at Home.

What we saw happen in 2020 is perhaps the start of the next phase of online business. People will, of course, still want to visit real-world stores as part of their shopping activity. But with the changes in attitude towards just how necessary it is to physically go somewhere to find and buy something, perhaps our approach to shopping in person will change too, transforming it into more of an event than a chore. 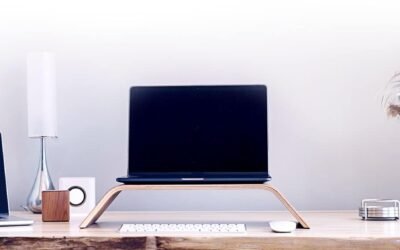 Two years ago Google said that it would punish those that had websites that were not secure and did not implement the HTTPS secure protocol. Emily Schechter (Chrome Security Product Manager) has said that “Encryption is something that web users should expect by...

END_OF_DOCUMENT_TOKEN_TO_BE_REPLACED 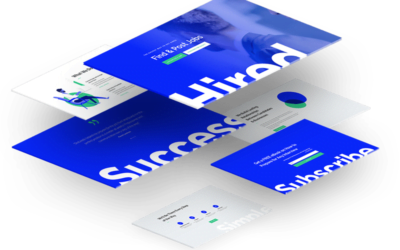 WordPress – The most popular CMS

If you’re in the market for a new website, you’ve undoubtedly heard WordPress mentioned quite a bit. Which means you’ve probably found yourself wondering, “what is WordPress anyway?” WordPress is a full-featured content management system that just happens to be the...

END_OF_DOCUMENT_TOKEN_TO_BE_REPLACED
We use cookies for various purposes including analytics and personalized marketing. By continuing to use the service, you agree to our use of cookies.